Wang Xiang Zhaï (1886-1963) was born and grew up in the Shen Xian district of the Hebeï province. He started out at a very early age practising different martial arts, and at the age of 14 he began his study of xing yi quan under the supervision of the famous Master Guo Yun Shen. Master Guo chose to focus on teaching the young student standing meditation – zhan zhuang. For 4 years the young man was forced to practise standing without asking questions as to the purpose of the practise.

The anecdotes tells that when the training took place in winther time, Master Wang wasn´t allowed to to leave the positions before the ice was melted under his feet! For a young man – to go through that kind of training, where the punishment for not obeying was to be beaten up – was on one hand a hard task and on the other hand it build up a strong discipline. Master Wang developed an exceptional high level in xing yi quan. It is important to understand that standing practise normally was something which was only taugth to very close students  – who already had accomplished a very high level – so it was a great honour and a indication of his potential to teach him at such a young age.

Wang Xiang Zhai travelled through out China for many years to seek up and challenge many of the contemporary famous martial artists. In the few cases where he lost in that period – he afterwards stayed with them and learned from them. In those years he practised with many of the great masters of the past in taiji, bagua, etc.

From the mid 1920´s and ahead he started out teaching his own system called Yi Chuan – which in many ways are his synthesis of the best of the best from the many systems he learned – free of all in-effective and unnecessary movements. Apart from having a great interest in the martial aspect of Chinese martial arts – he had a big interest in the health aspect as well. And his investigation, development and system founded the basis of quite a lot of the Qi gong to be seen today in hospitals in China. 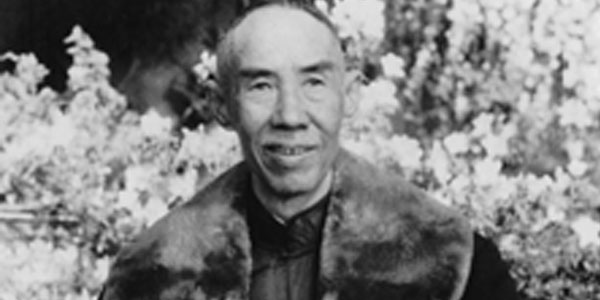