Han Xing Yuan (1915-1983) was born in Nanjing in China. At an early age he started practising xing yi chuan with his father Han You San. At the same time he received teaching from Master Wang Zhan Heng and learned wrestling from his uncle Xiao Cheng Shang. At the age of 16 – he moved to Shanghai together with his older brother Han Xing Qiao- to learn from and become a discipel of the famous Master Wang Xiang Zhai, (founder of Yi Chuan).

He developed a reputation of being a very skillfull practioner of Yi Chuan – and got the nickname “guard tiger” of Yi Chuan through his many succelfull challenges of the system. After many years of teaching and operating as an assistant of Master Wang Xiang Zhai – both in Shanghai and Beejing – he moved to Hong Kong in 1949. He converted to Christianity and changed his name for Joseph Han. He took a break from teaching publicly untill 1960. In the 1970´s a lot of his students immigrated to the US, Canada, England, et al, which contributed to his teaching being spread to the West. On many occasions he visited these countries and taught Yi Chuan for various lenth of time. 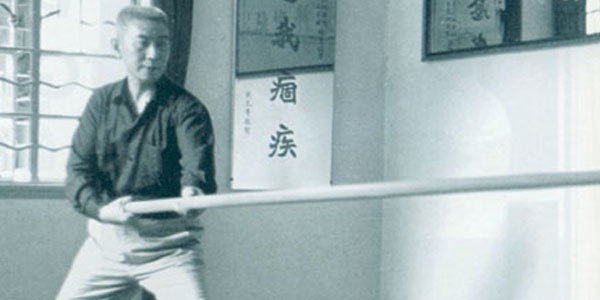